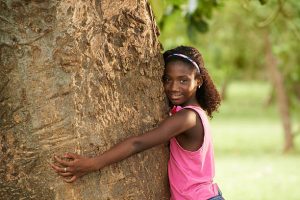 From across the region to up the street, Joan has spearheaded and participated in programs and served on boards as a civic and professional duty:

Joan currently serves on the Board of Directors of the Baltimore Tree Trust and Plisko Sustainable Solutions, LLC is a member organization of the Greater Baltimore Wilderness Coalition. It was an honor and a privilege for Joan to serve on the Chesapeake Bay Trust Diversity and Inclusion Committee for four years.

Joan, formerly known as the Garbage Queen, took great pride when she served on the Board of Directors for the Maryland Recycling Network whose mission is to promote sustainable reduction, reuse and recycling in Maryland. Joan also served on the Maryland Department of Health’s Medical Waste Workgroup.

An ardent believer and practitioner of the phrase Think Global, Act Local, Joan founded the Green Club in her children’s elementary school in, started the Trash-to-Treasure aspect of the annual neighborhood clean-up day, formed a wind energy buying cooperative, spearheaded and continues to operate a local farm egg buying collective (for over a decade), and has been an member of the Catonsville Women’s Giving Circle since its inception in 2010.

Services
Expertise
Community
About Us
Our Blog
Contact Us

This website uses cookies to improve your experience while you navigate through the website. Out of these cookies, the cookies that are categorized as necessary are stored on your browser as they are essential for the working of basic functionalities of the website. We also use third-party cookies that help us analyze and understand how you use this website. These cookies will be stored in your browser only with your consent. You also have the option to opt-out of these cookies. But opting out of some of these cookies may have an effect on your browsing experience.
Necessary Always Enabled
Necessary cookies are absolutely essential for the website to function properly. This category only includes cookies that ensures basic functionalities and security features of the website. These cookies do not store any personal information.
Non-necessary
Any cookies that may not be particularly necessary for the website to function and is used specifically to collect user personal data via analytics, ads, other embedded contents are termed as non-necessary cookies. It is mandatory to procure user consent prior to running these cookies on your website.
SAVE & ACCEPT